University student who had been swept away by the Chesogon mudslide has been found alive 48 hour later.

She had been presumed dead by her family, villagers and friends only to be found buried alive in mud 4 kilometres down stream.

She has since been airlifted by a police helicopter for treatment at the Moi Teaching and Referral Hospital in Eldoret. 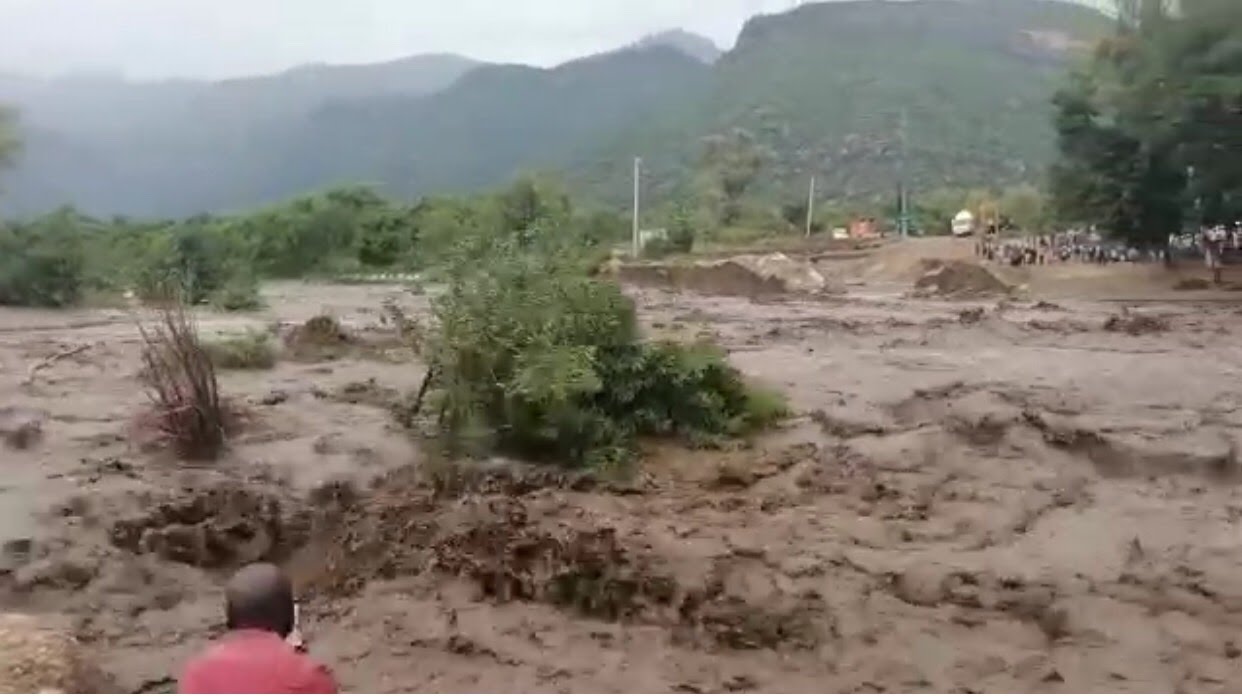 Images after the mudslide

The death toll from the mudslide that occurred at the border of West Pokot and Elgeyo Marakwet counties has risen to 6.

This follows the recovery of the body of a policeman who was missing after the incident, and raging floods that washed away homes and a police post on Saturday night.

Another person, who was evacuated to Moi Teaching and Referral Hospital succumbed on Sunday night.

“We will move those who are still prone to the disaster to safer grounds,” he said.

On Sunday, President Uhuru Kenyatta directed the Interior Ministry to cordinate the search and rescue following the incident.

The mudslide that was occasioned by heavy rains in the region left at least 4,000 people displaced.

The Kenya Air Force was on Monday seen delivering relief supplies to the affected.